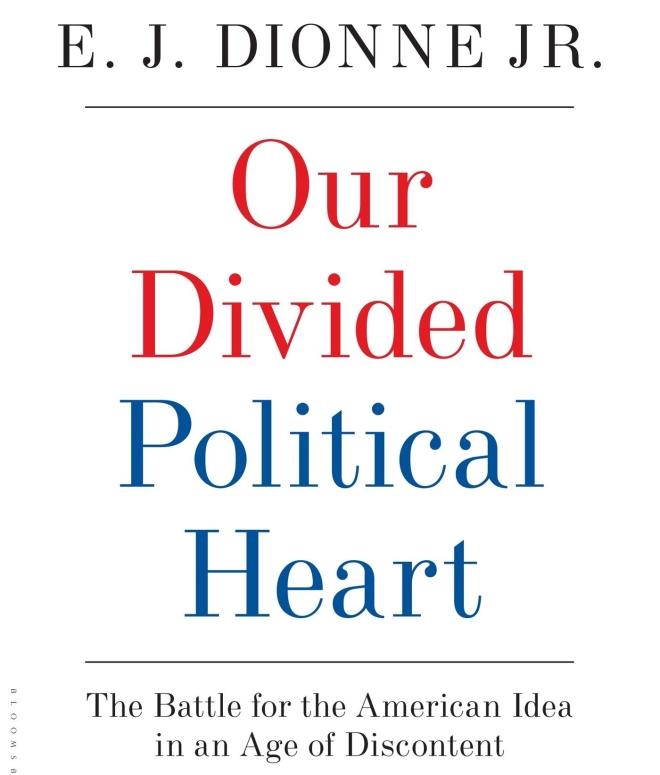 Recommendation: Written in 2012, the key case study may have been slightly overtaken by the events of the last few years, but the central point remains almost devastatingly relevant

Read with: Your flu shot, we’re looking after the community here people

Where to read: At home, while continuing to observe social distancing protocols

In brief: Part history, part historiography and part polemic, Dionne explores twin traditions in American history and political thought – rugged individualism and civic-mindedness – and how the balance between those two impulses is badly out of whack. Dionne had the Tea Party in mind but it is very easy to see this dynamic playing out today.

The thesis is pretty simple – the history and national identity of the United States is and has always been a dialogue between individualism and more communal impulses or, in cruder terms, between “ask not what your country can do for you” and “fuck everyone, I want a haircut”. As the US is currently in the process of being brutally reminded, valorising individualism while trashing government institutions and civil society can have devastating repercussions for everyone.

As Dionne notes, the GOP have, in recent decades, rather favoured an extremely individualistic, Ayn Rand view of society and government. It is borderline an article of faith that government is a (domestic) social ill capable of nothing more than interfering with the proper functioning of a market economy. Providing health care or unemployment benefits or mandating sick leave would merely coddle people who ought to pull themselves up by their bootstraps. The power of the NRA, the anti-vax movement, the resistance to taxation and the success of attacks on the Affordable Healthcare Act on the basis that it would restrict choice are testament to the power of those arguments. Grover Norquist’s quip that “I don’t want to abolish government. I simply want to reduce it to the size where I can drag it into the bathroom and drown it in the bathtub” is a not unfair reflection of this school of thought.

The Tea Party, however, have cast this view in specifically historical terms and you get the sense that it is the distortion of history that really grinds Dionne’s gears – this is where the history and the historiography come in, For all its political commentary, the closest parallel I can think of here is The History Wars, another exploration of the ways in which history is weaponised and distorted to lend credence to particular political agendas.

in the end, we should not be surprised that history seems so important in the politics of our time. Battles over history are always fierce in times of crisis because such moments necessarily involve struggles over self-definition.

If you couldn’t bothered reading, here are some Youtube videos: