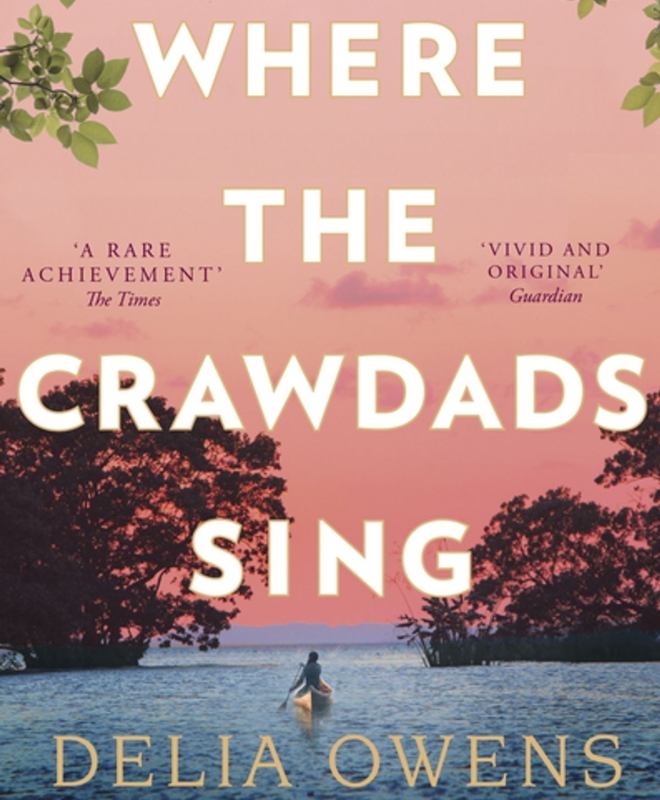 Where the Crawdads Sing

Recommendation: With prose as pretty as its cover, Owens delivers an almost-masterclass in the virtues of keeping it simple and playing to your strengths

Where to read: Weekend, in front of the fire

In brief: I have never found myself craving a Nicholas Sparks book but if I did, this is what I would read instead. There’s the required dose of “angst” and misfortune in improbable circumstances but the central romance is very sweet and the prose is lush, softening and adding depth to an otherwise somewhat hackneyed story. I am aware that I have gone full “college English essay” on it but I stand by my characterisation of this as pleasant “light reading” and would suggest not thinking about it too hard.

If you had to summarise the headline murder-mystery plot in a sentence or two it would, honestly, sound like a Carrie Underwood song (Choctaw County Affair meets Church Bells) and the plot-heavy sections relating to the murder are definitely the weakest. The story of Kya’s family, her early years surviving in the marsh and the appalling bigotry of the town folk should be deeply depressing but is handled fairly lightly with a commendable lack of wallowing. The teenage romance is sweet and stops on the right side of cloying.

At its heart, however, Where the Crawdads Sing is a story about a girl growing up with nature instead of people and understanding human behaviour through animals rather than the other way around (anti-anthropomorphism if you will). This is unsurprising given that (Dr) Owens is a zoologist by trade – it is in the marsh that she is clearly most comfortable and where the novel is at its most beautiful. Hell, some passages are the literary equivalent of David Attenborough documentary camerawork. Owens’ love, and by extension Kya’s, for the natural wold sings through on every page, blunting the misery of her predicament in human terms.

Other than that, Owens keeps it pretty thematically simple. Kya is “white trash” but Owens pulls what could have been a serious punch, dwelling on it enough that the prejudice against her is established in the reader’s mind but not exploring it in any depth. This bites both ways – she avoids “here is my profound point about human nature with a bird motif” Pulitzer-bait pretension but there is a certain lack of gravitas and conviction which contributes to the undercooked resolution of the murder trial. Sexism and racism get a nod (probably because she can’t avoid it in 1960s North Carolina) but there is not a lot of meat on that bone either.

On the subject of prose, the first page of the first chapter could and probably will be used in a high school English class to demonstrate common literary devices. Assonance, alliteration, onomatopoeia, metaphor, simile – you name it and there they are. Fortunately, this slightly ostentatious poeticism fades quite quickly into a sort of easy lyricism.

I had two, related, criticisms – the ending and the entirely unnecessary Amanda Hamilton plot point.

On the latter, I think it is fair to say that a love of poetry, and an appreciation for its expressive properties, is a motif throughout the novel. I would, however, have been quite content for it to remain a relatively minor feature. The “revelation” at the end that Kya wrote poetry under a pseudonym in an effort to connect with humanity did nothing for me. Owens seems aware that the poetry is doggerel and “preempts” that criticism by having Tate voice it. Worse, it managed to both distract from the twist we are actually meant to care about and turn what could have been a comparatively subtle moment to the literary equivalent of being clocked over the head with a skillet. The rather trite confessional poem explaining the link between Chase’s murder and Kya’s observations of fireflies is an insult to 300 pages of work which more than allow the reader to understand it as the culmination of her learning from nature.

This also goes to a more general point about the last 50 or so pages. She might have been rushing things or, as the Washington Post review suggests, taking a slightly cynical commercial turn, but the whole novel becomes a bit clumsy towards the end. There are still some lovely moments (with Sunday Justice, the court cat, for example or a Joe Exotic-esque meditation on prisons as cages) but it mostly reads like Owens got a bit stuck with the human interaction part and threw “show, don’t tell” out of a window in an attempt to pack the necessary exposition into as few pages as possible.

On the court scenes, the temptation to draw unfavourable comparisons with To Kill a Mockingbird is hard to resist. We even get the venerable small-town lawyer and knock-off closing argument appealing to the jury to set aside bigotry. As noted above, class prejudice (and the fear of difference more broadly I suppose) is a key theme here but this is lacklustre as the climactic expression of it – one anecdote about bush turkeys in the middle of the book did more for me than the entire trial at the end.

All in all, Where the Crawdads Sing is much like the main character – happy in the marshes but somewhat awkward and shy around people.