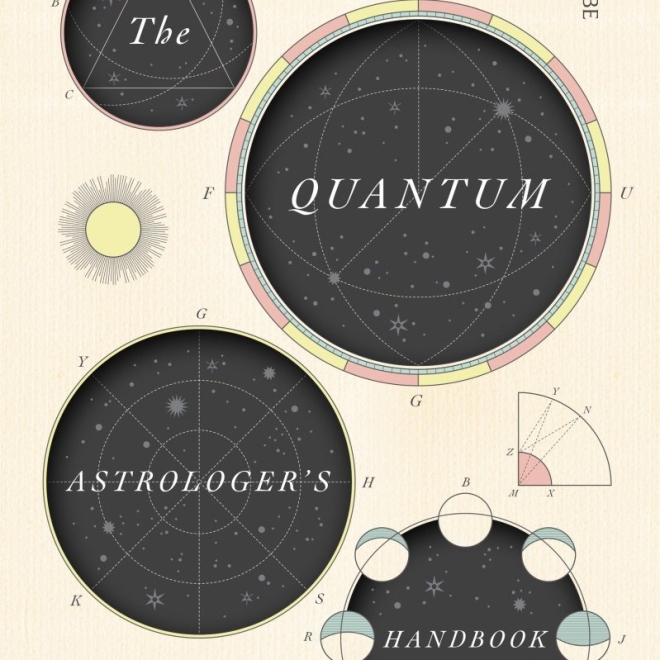 Recommendation: If you need to be reminded that maths is interesting

Where to read: This is evening armchair reading – it deserves your full and considered attention

Read with: A notebook and a pen

In brief: It’s a bit of a mind-fuck but the surreal premise kind of helps with the equally surreal quantum physics he’s talking about.

This is the kind of book I should have read in Year 9 as a counterbalance to truly awful teachers who encouraged a distinct lack of interest in maths and physics. It’s the best creatively written, popular science book I’ve read since the marvellous Physics for Future Presidents I picked up at the Natural History Museum in New York (read it). I say “creative” popular science because the format is unconventional to say the least. This is part biography, part science education, part revisionist history and part metaphysical thought experiment reminiscent of the ending of Interstellar (except not stupid and cringe worthy). Brooks refers to it as “magical realist non-fiction” and that’s pretty accurate.

The book is framed around a fictional (or not) encounter between Brooks and a doctor, cardsharp**, mathematician and Renaissance polymath par excellence by the name of Jerome Cardano. Cardano, nearing the end of his life, has been imprisoned by the Inquisition for a number of sins including (cheekily) producing a horoscope for Jesus. Having nothing else better to do in his cell, he seems quite happy to engage in conversation with a twenty-first century quantum physicist who he may or may not be confusing with the voices he apparently heard throughout his life.***

Brooks and Cardano’s conversation covers parts of Cardano’s life, his work and his influence on the development of modern physics (imaginary numbers, among other things). These discussions are punctuated by vividly retold episodes from his life, fleshed out with plenty of salacious details and lurid gossip, and explanations of quantum entanglement, the double-slit experiment, Schrödinger’s possibly gassed cat and wave-particle duality.

I did very much enjoy this so I don’t really want to be snarky but it could have done with a thorough edit and a good proof of the typeset. There are, unfortunately, quite a number of typos, some extremely weird spacing and the odd half-missing sentence. But maybe it’s all part of the effect…

The Guardian has a rather excellent review here.

** Like the original cardsharp – the dude basically invented the mathematics of probability.

*** It’s pretty heavily implied that schizophrenia, or some form of mental illness, ran in the family.