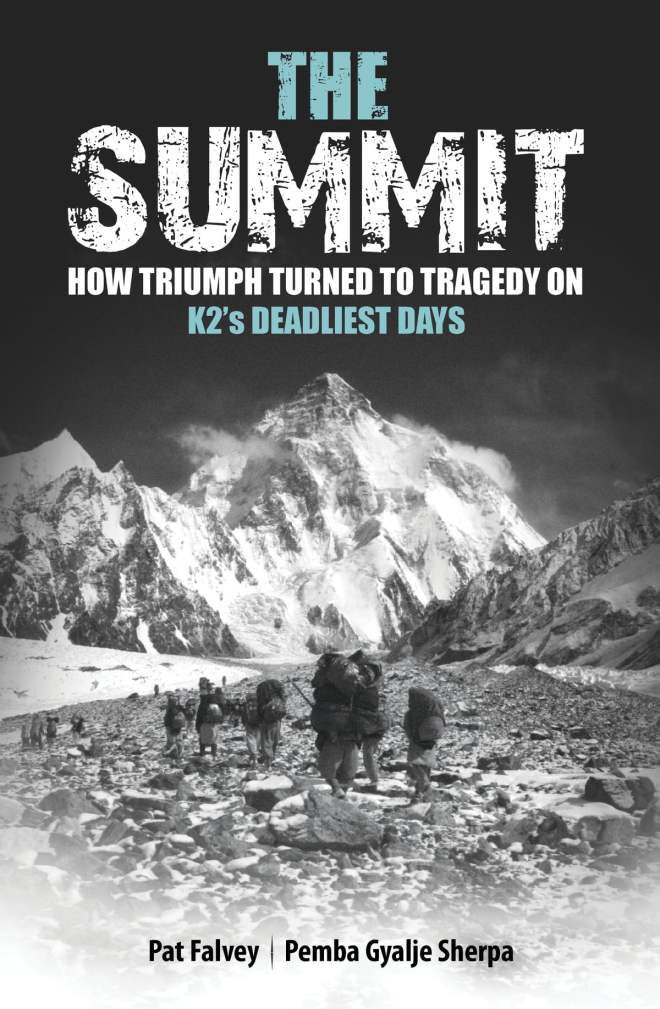 The Summit: How Triumph Turned To Tragedy On K2’s Deadliest Days

Recommendation: Most mountaineering books seem to be written by Western climbers – finally we have one from the perspective of a Sherpa

Where to read: On a rainy weekend

Read with: A wee dram of Dalwhinnie Winter Frost

In brief: Offering a blow-by-blow account of the unfolding disaster from the perspective of one of the toughest and most consequential climbers on the mountain.

Pat Falvery wrote The Summit based primarily on interviews with one of the Sherpa on K2 during the events of 1-2 August 2008, Pemba Gyalje Sherpa. His account is supplemented by other interviews with climbers involved in the events of the day, particularly from the Norit team, but the main story is that of Pemba. He is a certified badass – he has climbed Everest an absurd number of times and was on K2 as part of the Dutch Norit team as a full member rather than a guide or support staff. In 2008, he was one of the first to summit, lingered at the top to make sure everyone else got up ok, and was then an instrumental part of the rescue efforts. He was subsequently awarded Adventurer of the Year by National Geographic and the David A. Sowles Memorial Award for heroism in saving the lives of other climbers by the American Alpine Club.

The book opens with the semi-mandatory summary of the history of K2 and evocative descriptions of its picturesque slopes. From there, it launches into an account of the 2008 season, from the beginning preparations for summit to the long period of horrid weather and then the harrowing events of 1-2 August. Different authors have given slightly different accounts of events however the broad tale is as follows:

All in all, 11 climbers were killed and several more severely injured. Unsurprisingly given the casualties, the details of what precisely happened have been the subject of significant controversy however this purports to be the authoritative account. While caution is still required, I suspect this is indeed the closest anyone will come – the mix of sources and the confident testimony of Pemba is certainly compelling, the explanations for discrepancies in the various stories make sense, and the possible alternatives are canvassed out of an abundance of caution.

Aside from the horrifying story itself, the most fascinating part of this account to my mind is the way it illuminates the different attitudes between Sherpa and western mountaineers. After the incident, some in the media seemed to have drawn the conclusion that Western climbers were guided clients in the style of the victims of the 1996 Everest disaster. That was not the case but despite being on the Norit team as a full member (Ger McDonnell had climbed with Pemba previously and had recommended him), Pemba clearly took on more responsibility than the average climber. They also had a high degree of mountaineering skill – Pemba does not seem to have been hugely worried about his ability to manage the descent without ropes in the dark. It is extremely impressive and makes the comparative lack of Western media attention to their accomplishments all the more perplexing.