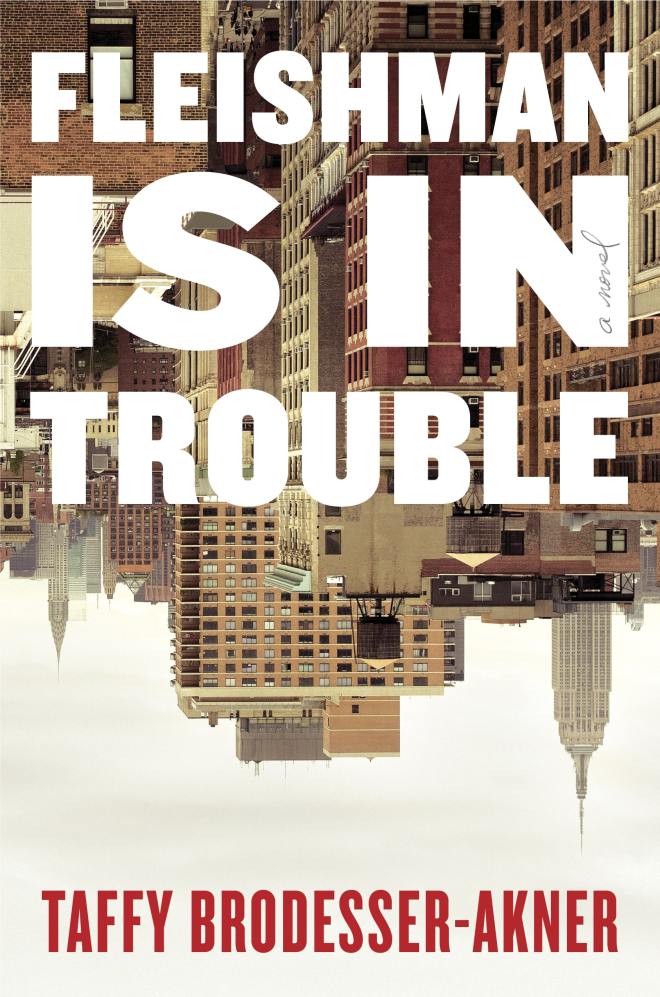 Fleishman is in Trouble

Recommendation: It’s not particularly demanding and not nearly as profound as its trying to be but there are worse things to read

Where to read: Summer holiday

In brief: Fleishman Is In Trouble is, at its heart, the story of two women trying to deal with the loss of separate personhood caused by marriage and children. Unfortunately, this slides very rapidly into cliché. There is also a perhaps broader point being made about the impossibility of developing an individual voice as a woman however this is done by framing the very annoying Toby as the “central character”. Alas.

Right off the bat, the “main character”, Toby, is a twat – he starts as the seeming protagonist and the beginning part of the book is focalised through him. In that guise, he seems to be a sympathetic enough character, a newly single dad in the middle of a messy divorce with his high powered publicist wife, Rachel. It quickly becomes clear, however, that the book is “actually written” by a friend of Toby’s, a former men’s magazine writer who became a housewife and mother in the suburbs, living a very different life from Toby and Rachel’s Manhattan, aspirational upper class existence. This fictitious author is clearly the fictional version of the author, a former celebrity profiler for GQ, among other magazines.

We are dumped right into Toby’s world with some gratuitously graphic and deeply trying descriptions of Toby’s new dating and sex life, which seems to consist largely of sexting and receiving photos of genitals. The best explanation for this nonsense came from a friend and fellow sufferer, which is that it is very “woman trying very hard to write as man”, “man” in this case being a clearly misogynistic former colleague at the narrator’s erstwhile employer. In that context, it can probably be interpreted as satire. It might also be trying to reflect Toby’s own account of himself rather than reality, setting him up for failure later on when he starts assuming that just about every woman looking at him has a sexual interest in him, including one of his residents. In any event, it becomes tedious.

One of the things that emerges throughout the novel is that the title, much like the perspective and the point, is itself ambiguous. It is eventually revealed, although there is not really enough build up for the grand revelation to have any actual payoff, that the Fleishman who is actually in trouble is Rachel. Her mysterious disappearance turns out to be not the ultimate validation of Toby’s belief in her lack of motherly virtues, but a full on stereotypical breakdown complete with a “did it myself with blunt scissors” haircut, “bugger the yoga” unhealthy takeout and “professional woman in crisis” sweat pants.

It is made pretty clear that the breakdown is the logical conclusion of her attempts to juggle very active (unappreciated by Toby) involvement in her children’s lives, her career (in contrast to the stay-at-home ladies of leisure in her social circle) and her aspirational search to belong in said social circle. Brodesser-Akner is clearly making a kind of broader point about female labour and womanhood and feeling stifled and unfulfilled and constantly subsumed into male needs, stories and desires but it all falls a little flat. The contrast between Rachel’s attempts to “have it all” despite male bullshit and the narrator’s decision to quit her job and stay home because of male bullshit, with both of them ultimately lashing out in their own ways against their loss of individuality, is clearly an attempt to say something profound but it ends up as a rather bland recitation of stereotypes.

Perhaps the most interesting thing about it is the rather more meta point she seems to by trying to make about female expression through her Trojan Horse approach to the narrative voice – focalising a large part of the narrative through Toby seems to be exploring the idea that women are only worth listening to when they either write about or write through a man. It’s a valid argument but one which is made more effectively in one paragraph at the end of Naomi Alderman’s The Power than in this entire book.