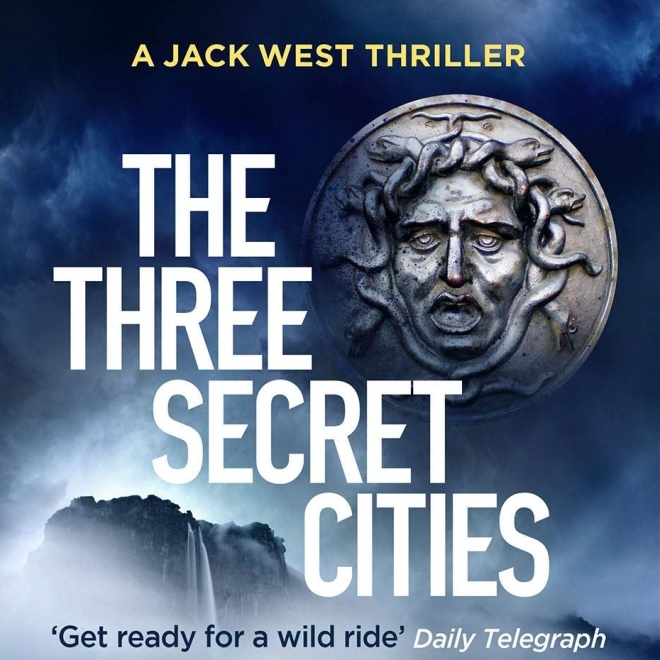 Recommendation: Some books should go straight to paperback

Where to read: On the plane/train/bus when travelling back to the fam on Christmas

Read with: Get your lazy butt a beer

In brief: Is this trash? You bet your fucking arse. Do I care?? Fucking come at me bro.

Reilly tends to gloss over character development,** plausibility, sensible plot and general narrative coherence. His world building is haphazard at best and wildly inconsistent at worst and he’s a tad overoptimistic about the human body’s physical capabilities. Let’s be honest though, that’s not really why you read them – the zaniness, ubiquitous profanity, bonkers action sequences and Dan Brown-esque conspiracy theories are pretty much the appeal.

Three Secret Cities is a spectacular return to globe-trotting destruction after Four Legendary Kingdoms, which managed to pack the normal amount of calamitous chaos and wanton violence into a geographically confined area. There are fewer particularly appalling character deaths than normal but it’s still got a higher death rate than Game of Thrones.

As with Marvel movies, the weak points are the bad guys – the typical Reilly novel involves a vast shadowy conspiracy who deploys a psychotically violent principal antagonist who tries to murder the heroes as gruesomely as possible. The problem with cartoonishly, gratuitously evil villains is that they are rarely particularly compelling. There’s one character who looks like he’s got promise but I don’t think anything will come of it.

For all that this is just pure tosh, you really can’t help but enjoy it (hell, the return of Aloysius Knight had me resisting the urge to start fist-pumping and whooping in the middle of the gym) and Reilly does deserve credit for juggling a huge number of characters and sub-plots.

If you’re looking for a fun summer read, start with Seven Ancient Wonders and work through the series. I can guarantee it won’t take you long.

**in fairness, they don’t usually live long enough to warrant it. Getting emotionally invested in a Reilly character is about as sensible as getting back with a douchebag ex – you might as well start stockpiling ice cream now.