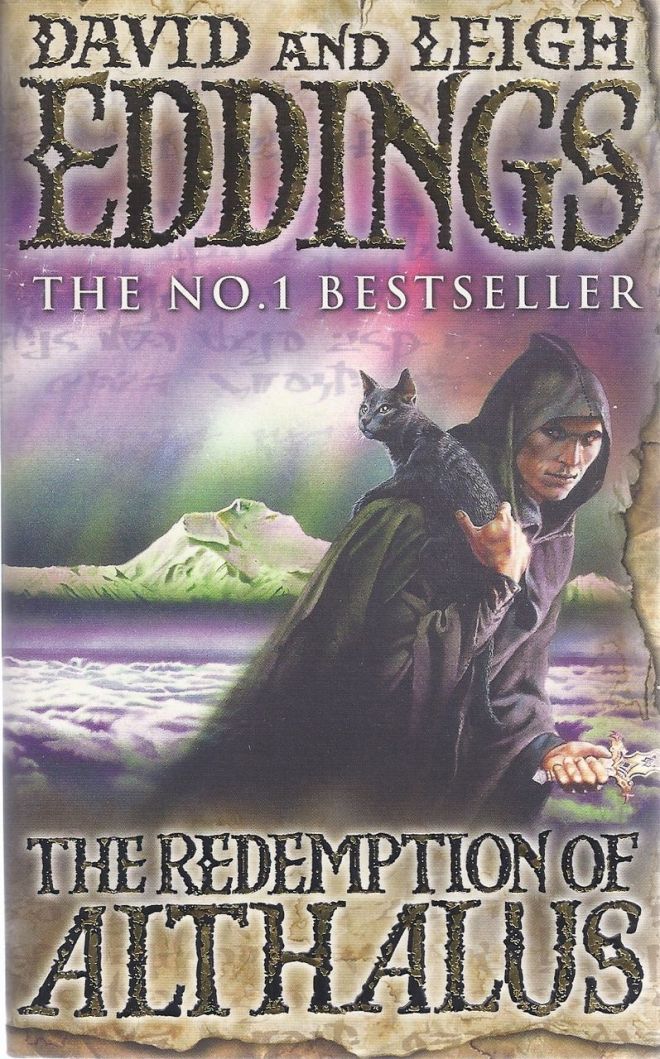 The Redemption of Althalus

Recommendation: If you’re in the market for fantasy

Where to read: On the couch at the end of a long day

Read with: Fun fact, this tea has hops in it

In brief: This is the literary equivalent of a Netflix binge, and not one of the good ones.

Ahhhh fantasy fiction – it’s something of a hoot, I’ll give it that. Eddings’ strength lies in his witty, wordy style and his refusal to take this stuff too seriously.

The Redemption of Althalus is Eddings’ pragmatic approach to the conventions of the genre on single-volume novel crack. Bored by armies plodding across the continent for chapters and chapters?? Never mind, that’s what time travelling magic is for. Something seem a little artificial or logic getting a little strained?? Prophesies bitches. Divine intervention and et viola the plot hole is gone.

I would not give him points for originality, particularly given his fealty to the “hero’s journey” as a general structure, though if it ain’t broke, why fix it I suppose.